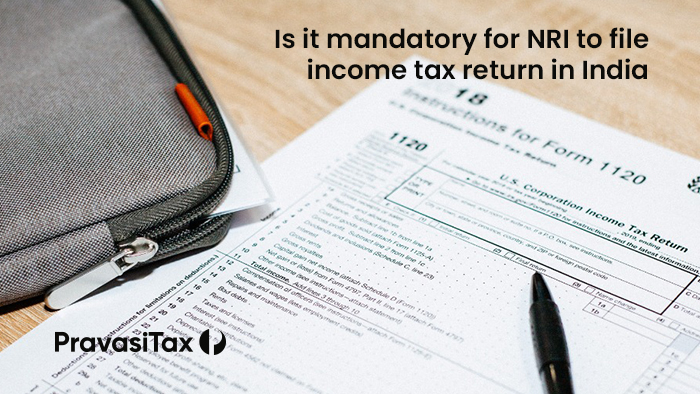 Income Tax Law requires every person to file his return of income in India, if the total income of such person exceeds the basic exemption limit. For NRIs, it is mandatory to submit income tax return in India only if his total income for the previous year has exceeded the maximum amount not chargeable to tax. The threshold limit for Financial Year 2020-21 and 2021-22, for individual tax slab exemption is INR 250,000.

Filing returns even in the case where an NRI’s income falls below such thresholds can prove beneficial in many scenarios. 6 major benefits of filing Indian tax return despite annual income of NRI falling below the specified threshold have been discussed below:

It is also important to note that the Income Tax Act, 1961 requires mandatory filing of ITR if the individual meets any one of the following criteria, even if his annual income falls below the basic threshold:

Considering the benefits of filing returns in India outweighs the practical challenges in responding to show cause notices from the Tax Department on a later stage, it is always wise to file them even if your income falls below the threshold limits.