Difference between Deputation and Secondment 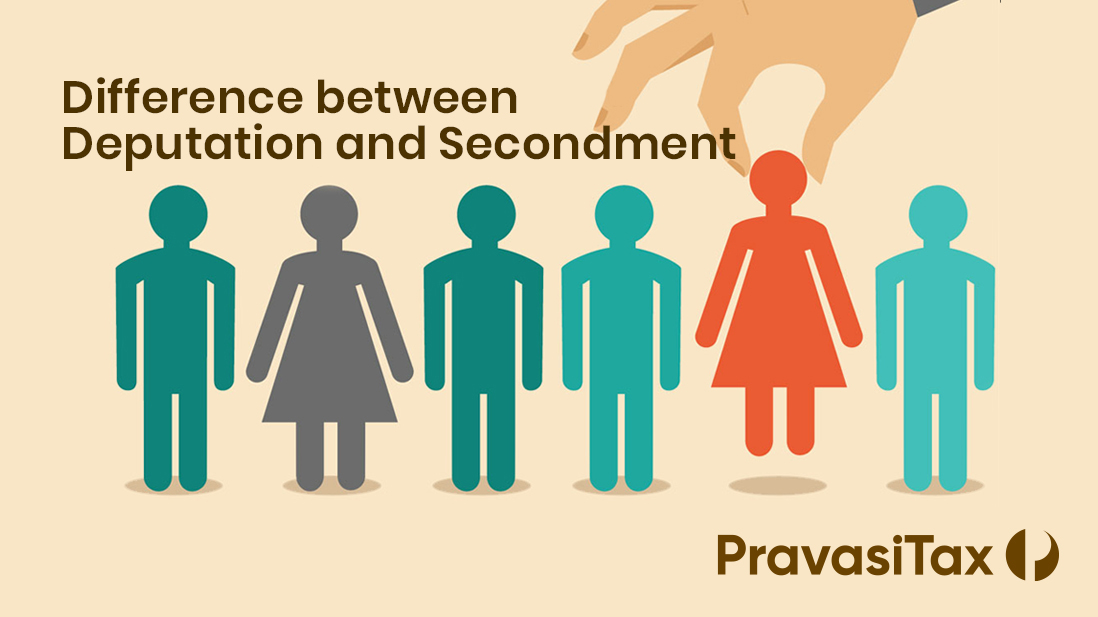 It is a common practice among techie employees to use the words ‘deputation’ and ‘secondment’ interchangeably. But it’s important to understand that both terms have different meanings and different tax implications under the Indian Income Tax law.

The terms ‘deputation’ and ‘secondment’ have not been defined in the Indian Tax law. The International Bureau of Fiscal Documentation’s (IBFD) International Tax Glossary defines the term "secondment" to mean "in general a temporary assignment by an employer of an employee to another, typically related, party". There is no definition for the term "deputation" in the Glossary. These terms tend to be used interchangeably, however, the tax treatment would depend on the substance of the arrangement and the principles arising out of the judicial precedents.

Deputation would involve an international assignee coming to India to work for the Indian subsidiary for a long duration, say 2 to 3 years. The employee would be working under the control and supervision of the Indian entity through appropriate documentation in the form of an employment contract. The Service Permanent Establishment (Service PE) exposure in such a situation should be mitigated.

In case of secondment, it is possible that the Indian Tax Department may argue that the employee continues to work under the control and supervision of the foreign company since the payroll is administered by the foreign entity; therefore, citing the Morgan Stanley ruling, they could contend that there is a Service PE in India. In order to mitigate the Service PE exposure, the Indian entity should issue a letter to these employees outlining their roles and responsibilities while in India as well as their reporting obligations to the Indian entity. However, unlike in the case of a deputation arrangement, given that the payroll in this case would be administered by the overseas entity, the level of defense before the Indian Tax Department would not be as strong as that in the case of deputation.