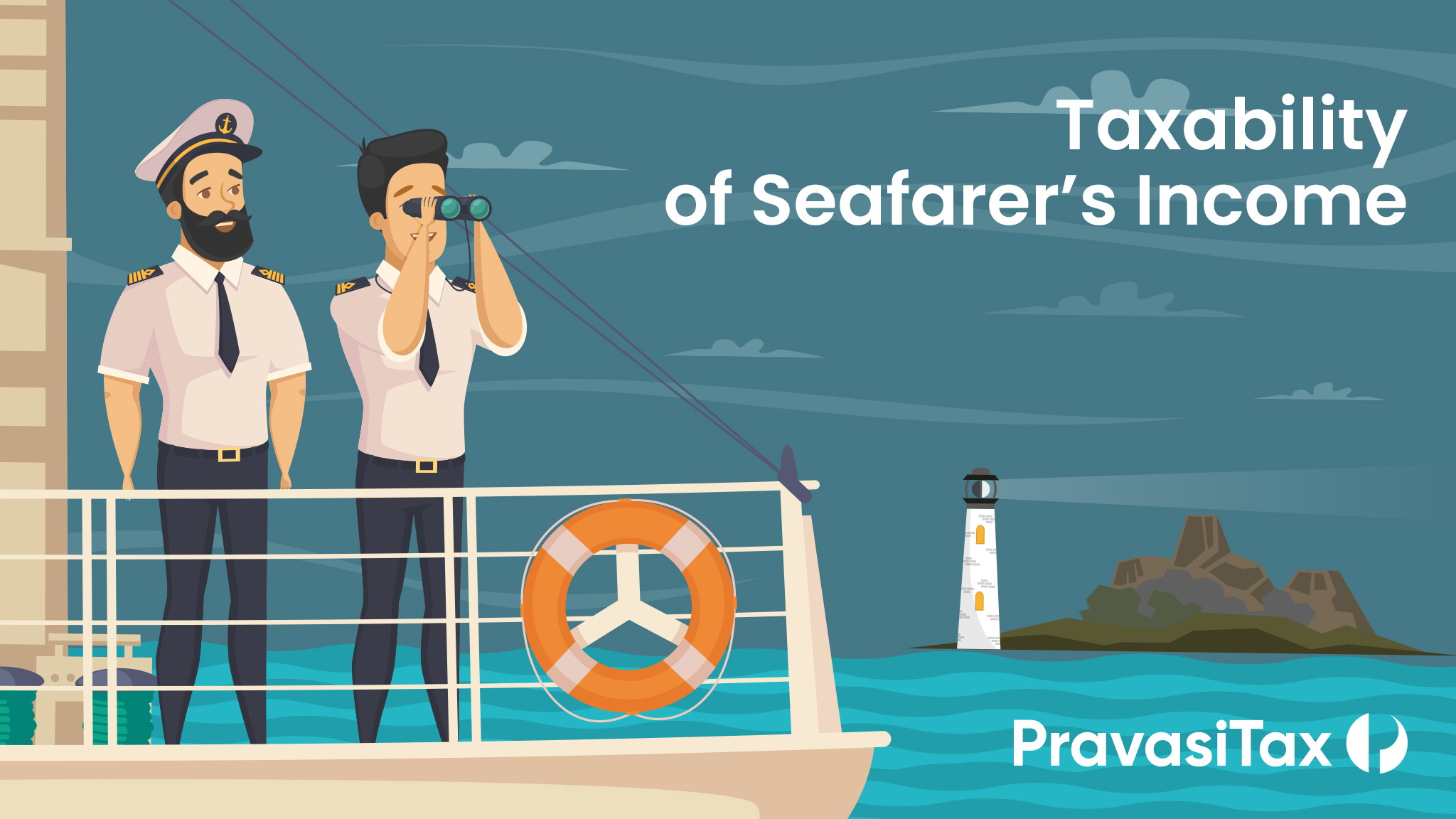 A Seafarer refers to a sailor or someone who travels/works regularly on a ship. The term includes a variety of ranks and professions who are integral to the successful operation of an ocean-going vessel.

The domestic tax law in India covers anyone who serves on an Indian ship and Indian citizens serving onboard foreign ships. The provisions of the Act apply equally to the Captain as it does to an ordinary seaman.

The residential status of an individual is to be determined on the period of stay of the taxpayer in India and is to be computed separately for each financial year.

Indian crew serving on foreign ships for 182 days or more are treated as non – resident in India irrespective of where the ships trades (including Indian waters). The same is computed as per the provisions of Rule 126 wherein the stay would be considered as per the Continuous Discharge Certificate .

With effect from April 2020, in the event an Indian citizen is not liable to pay tax in any other country and his total income from Indian sources exceeds INR 15 lakhs, he shall be deemed to be tax resident in India. This would have implications for seafarers sailing on ships based out of jurisdictions where there is no tax regime or where there is a tax regime, but no taxes are liable to be paid (such as Dubai, Bermuda etc).

In short, such Indian non-resident seafarers who are not paying tax in any country will be deemed to be resident but not ordinarily resident in India. In such cases, there will be no liability to pay tax on foreign income. The liability to pay tax on such deemed resident will be only in respect of business controlled in India or profession set up in India (provided the same exceeds INR 15 lakhs in a FY).

The Finance Bill 2020 has reduced the stay in India threshold of 182 days to 120 days for an Indian citizen or a Person of Indian Origin coming to India on a visit (if his total income from other than foreign sources exceeds INR 15 lakhs). However, the said amendment is not applicable on crew members who are actively serving on ships or to a person leaving India to serve onboard a ship

The CBDT had recently issued a circular providing clarifications on the residential status of individual for FY 2020- 21 wherein it is re-iterated that the provisions of the Act read with the DTAA mitigates the possibility of double taxation in spite of the situations arising on account of COVID. However, where an individual is of the opinion that a specific income may be subject to tax in more than one jurisdiction by virtue of residency, he can file Form NR within 31 March 2021 with details such as nature of income subject to double taxation, reason for the same etc.

The salary earned by a resident seafarer will be taxable in India as per the provisions of the Income Tax. No special exemptions for seafarers are available.

The salary earned by a non – resident seafarer will not be subject to tax in India. Further, as per Circular No. 13/2017, salary accrued to a non-resident seafarer for services rendered outside India on a foreign ship shall not be included in the total income merely because the said salary has been credited in NRE account maintained with an Indian bank by the seafarer.