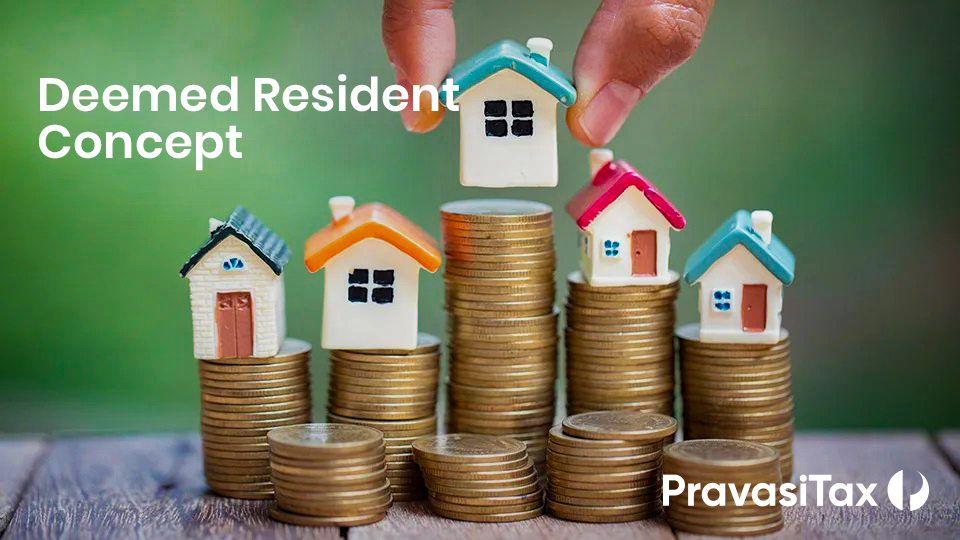 The Finance Act, 2020 introduced the concept of “Deemed Resident”. The intention of the law is to bring to tax in India “stateless persons” or,in other words, an individual who arranges his affairs in such a fashion that he is not liable to tax in any country or jurisdiction in a year. As observed by the Government, this arrangement is typically employed by high net worth individuals (HNWI) to avoid paying taxes to any country/ jurisdiction on income they earn.

A person who qualifies as a deemed resident would automatically be given the status of NOR, thereby, bringing to tax in India his foreign income from business controlled or profession set up in India also. Click here to know more about taxability of an NOR.

The “deemed resident” provisions could have significant impact on the NRIs in the GCC as individuals are not subject to income tax in the GCC countries. The impact arises from the interpretation of the term “liable to tax” used in the proposed deemed resident provisions. Click here to know more.

Such provisions may also get attracted in case of such HNWI NRIs who do not qualify as resident in any country due to bona fide reasons, such as businessmen who travel frequently on account of genuine business reasons. On a combined reading of all the residency provisions, it would be advisable for NRIs with Indian income exceeding INR 15 lakhs to plan their visit to India in such a manner that their average stay in India in a year does not exceed 3 months.